What Ruth Bader Ginsburg did for daughters and their dads 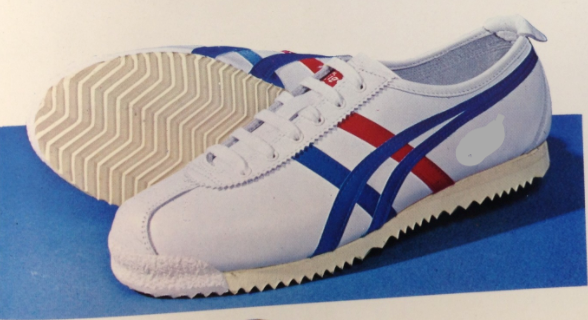 At age 17 I learned there would be a girls track team for the first time at my public high school in Columbus, Ohio.  I heard about something called "Title 9," a new law that required opportunities for girls to compete in sports as boys could, and more.  All I knew in my senior year in high school was that, finally, there was a varsity sport I could participate in as a girl, other than cheerleading.

I was more than glad, having known innately that something was just not right about the role of cheerleading in the 1970's  Our male squad advisor, who supposedly taught world history and barely looked up from his reading during practice, told me I'd make "somebody" an amazing wife someday.  Meanwhile, I pulled hamstrings in practice held on the tile floor in the school lobby because boys' basketball had the gym.  The school administration provided us no transportation.  But it provided buses for the all-male football team to games.  We bunches of cheerleaders drove in personal cars to games, risking the inexperience of whichever new driver was at the wheel.  During basketball and football games, there were jeers and taunts for the "spankies" we wore to hide our underwear beneath short skirts, and saddle shoes that were horrible for our feet.

By my senior year, I had a job after school in addition to my studies and cheerleading.  When I heard about the formation of a girls track team I knew this was an opportunity I could not pass up, no matter how busy I was.  Since middle school I had run long distance with my dad, who, at his rural high school near Springfield, Ohio, held the record since the early 1950's for the fastest mile, not broken until after he died.

My high school really didn't know who to put in charge of our new girls' track team.  A female teacher stepped up to coach us, but she did not have experience as a track coach.  But, then, there was my dad.

I wanted to run the mile, like my dad.  So, every morning I asked my dad what my workout should be.  I worked out mainly on my own after school, in part, because of my work and school schedule.  In the morning, my dad would tell me how many 440's and how many sets of stadium stairs I should run and how far I should circle the stadium track at a steady pace.  Sometimes the only other person in the stadium with me was a younger boy from the boys track team who gave me encouragement and even timed me in some of my workouts.

My time started improving.  The meets started.  I don't remember them being very organized.  But of course, this was the first year ever for high school girls' track meets in Columbus.  My dad came to every meet.

Soon I added hurdles and became part of the relay team in addition to running the mile.  Finally, in the Spring of 1975, at a citywide track meet held at my high school I ran the mile in 6 minutes 24 seconds.  One of my best friends told me that my dad was shouting from the stands with elation, "Did you see her? Did you see her? Can you believe she did that?  She's really good!"

I know one reason why my dad and I loved running the mile.  There was strategy to it, and my dad--who had taught me to swim, pitch a softball, shoot baskets, kick a football and hit killer badminton "rocket shots" that could never be returned--was the one person who showed me the strategy to compete hard.  That strategy has helped me win the political campaigns I would run in the future.  Maybe that's why a campaign is called a "race." 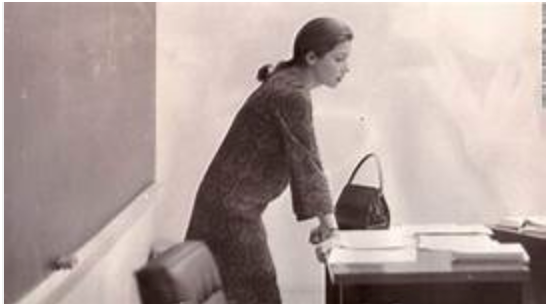 I had never heard of Ruth Bader Ginsburg in 1975.  Neither had my dad.  But she made a difference in our lives--and in our relationship as a father and daughter.

Today I, like so many others, mourn her passing but celebrate her life.  I think first about her as a human being who did great things that helped millions of people. For today, I try to ignore the political din that callously treats her as an expendable commodity for judicial appointment wrangling to the nation's highest court.

I lost my dad 18 years after that exciting mile race, when he was 60. But Ruth Bader Ginsburg's work helped my dad and me press greater meaning into the short time we had left together.  She'll never know that, but I'll never forget it, and I will always be grateful to her for that and so much more.

Through her thoughtful, careful, principled and persistent work, Justice Ginsburg has helped countless girls, sometimes with the help of their dads, become stronger women who have contributed to better and stronger communities for all of us.

Thank you, Ruth Bader Ginsburg, for a life well lived and for what you did for me--and for my dad--and for so many others who stand shoulder-to-shoulder with me today.  No one can replace you, but as long as those of us who have benefitted from your work pass it forward, you are ever with us.