A man sentenced to 35 years in prison for his involvement in the torture of a couple in a Hilltop basement will have his sentence reduced by 14 years after the Franklin County Court of Appeals overturned his rape convictions. 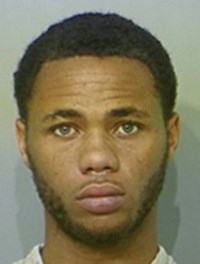 Davonte Clark, 22, was one of three men convicted last August of kidnapping and assaulting a man and his girlfriend when they visited a drug house in the 100 block of N. Harris Avenue on June 24, 2014.

But a three-judge appellate panel ruled on Tuesday that there was insufficient evidence to support the rape convictions.

Those counts were based on allegations that Clark either participated or was complicit in the search of the woman's vagina and anus after she was forced by her captors to strip. The couple had been accused of stealing heroin from the drug house.

The woman testified that Clark participated in the beating of her boyfriend, but she said Clark never touched her and couldn't recall him being around during the cavity searches.

His mere presence in the house and participation in other crimes was not sufficient to show that he was complicit in the rapes, Brunner concluded.

The judges vacated the rape convictions and ordered that the 14 years imposed for the offenses be removed from his sentence, reducing it from 35 to 21 years.